With the release of Super Mario 3D All-Stars, we finally have Super Mario 64, Sunshine, and Galaxy on Nintendo Switch in glorious HD. But given the particular control styles of those games, you might be wondering how some of these games work on Nintendo's console-handheld hybrid. How will FLUDD work in Sunshine without the GameCube's analog triggers, and how will you play Galaxy without the Wii remote's motion controls? Below we offer a breakdown of each Mario game's unique control changes and detail how they've been adapted to play on Nintendo Switch. If you'd like to watch a video showcasing everything we discuss in this feature, watch the video version below. 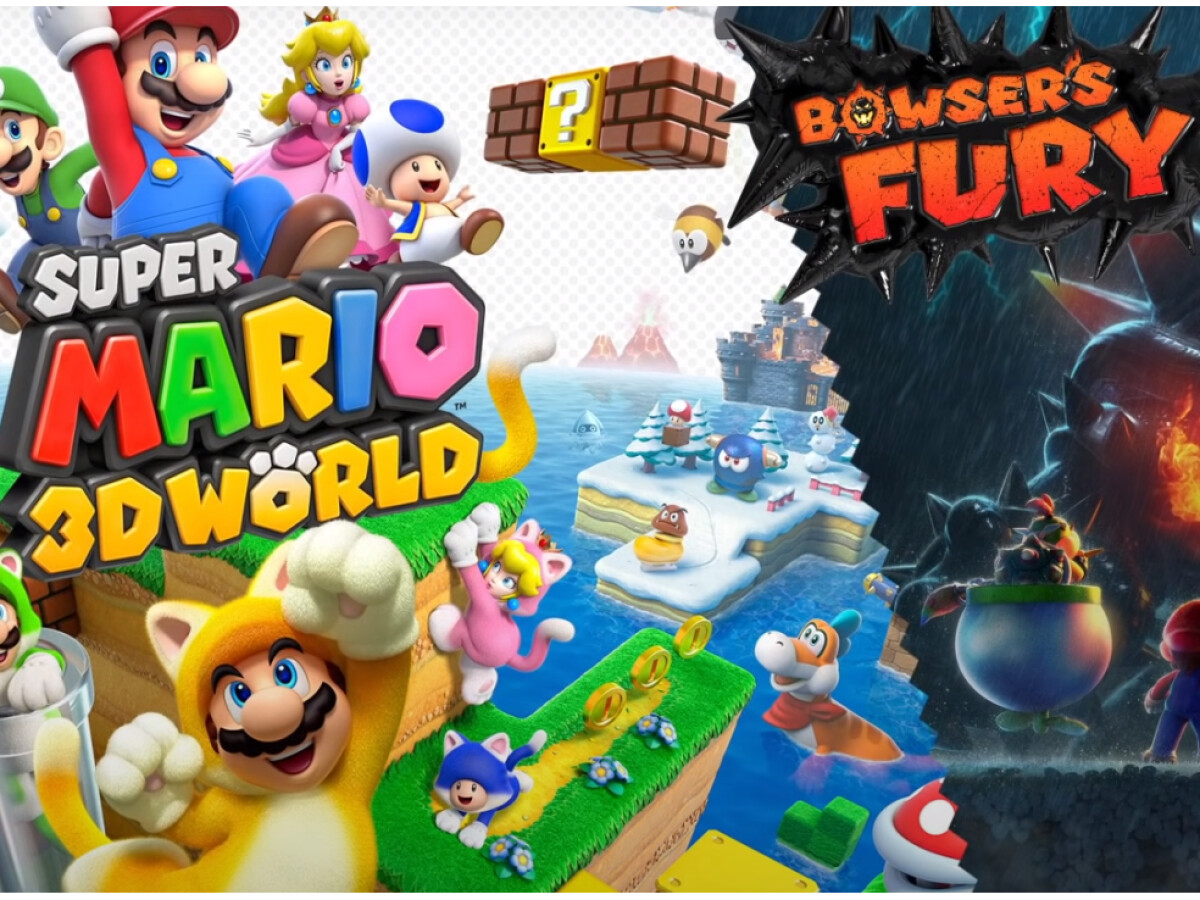 Let's start with Super Mario 64. This entry is probably the least different of the bunch, but some changes are still worth mentioning. First, you can use the right stick to move the camera, but it still clicks to fixed positions like you're hitting one of the c-buttons on the N64 controller, so you can't freely move it around in full 360 degrees. If you played the Wii and Wii U Virtual Console versions of Mario 64 previously, this should be familiar to you, but it's something to note if you haven't played the game since the N64 version or are playing it for the first time.

© Provided by Gamespot The ZL and ZR buttons act as the Z button from the N64, which allows you to duck, crouch, and perform other moves like the long jump and ground pound.

The L and R buttons still let you change the camera mode from closer to farther away. The ZL and ZR buttons act as the Z button from the N64, which allows you to duck, crouch, and perform other moves like the long jump and ground pound. This is also true for jumping, punching, kicking, and swimming, now you can use A or B to jump and swim. On N64, those were both assigned to the A button. You can also now use X or Y to punch and kick, whereas this could only be done with the B button on N64. Otherwise, it's all the same!

Moving on to Super Mario Sunshine, the most notable change is how FLUDD operates. The GameCube controller had analog triggers that essentially meant you could push them lightly or down fully for a different effect. In Sunshine, you hit the R button lightly to shoot water while running, and you pressed it down fully to stand still so you could aim and spray. What Nintendo did for the Switch version was take advantage of the R and ZR buttons. As you can see on the controls screen, pressing ZR gives you a 'Running Squirt,' and pressing R allows you to 'Stop and Squirt.'

© Provided by Gamespot Both the R and ZR buttons operate the FLUDD in the Switch version of Super Mario Sunshine.

Speaking of changing button icons, the B button on the GameCube controller used to be how you'd interact with NPCs, but now you can use A or B. While the game retains the red circle above characters heads since the B button was a red circle on the Gamecube controller, the letter inside has changed from B to A. Either will do the trick despite it just saying A. Actions that used to be assigned to B, like picking up items, throwing them, and body-slamming, have been moved to the Y button on the Switch. A & B are now just for jumping, swimming, and talking.

Last but not least is Super Mario Galaxy, which arguably has the most changes since it was originally a Wii game that relied on motion controls. Are you forced to use the JoyCons separated for Galaxy, and if so, how does it work on the Switch Lite? Well, fear not because the button controls are real and they're spectacular.

Let's first talk about how it works if you're playing with a Pro Controller or JoyCons. The Gyro on both the Pro Controller and JoyCons work as the pointer. You still use it to select stuff on the menu and collect star bits like with the Wii remote, no sensor bar required. If you ever want to re-center the Gyro, all you need to do is hit the R button. The biggest change is that you no longer need to shake the controller to spin, which is a core mechanic to the game; you can now just press Y or X. It's still possible to shake the right JoyCon or Pro Controller, but you don't have to.

Jumping and swimming are on both A & B, and while shooting Star Bits used to be the B button on the Wii Remote, it's now on ZR. ZL allows you to crouch, which was Z in the Wii version, and L resets the camera, which was C on the Wii Nunchuck. Lastly, before you could move the camera with the D-pad on the Wii remote, you now use the right stick. Since it was originally on the D-pad, it was in clicks just like Mario 64 was, and it's no different here.

© Provided by Gamespot When playing Co-Star mode in Super Mario Galaxy, you have to touch the screen to select things and collect star bits.

The Co-Star mode from Galaxy also makes a return where the game becomes multiplayer, and the second player can only shoot star bits and stop enemies. It can be played with two horizontal JoyCons, two Pro Controllers, or any combination really, it's not limited to just two horizontal JoyCons.

Now, let's move on to handheld mode, which is also how the Switch Lite will operate. It's pretty much all the same, except no gyro functionality. You have to touch the screen to select things and collect star bits. It's not bad, but you have to move your hand off the right JoyCon to do it, so you can't be jumping and collecting star bits at the same time, which you can do with JoyCons or the Pro Controller. We recommend playing with a controller if you can, but handheld isn't bad, just less ideal.

Lastly--and this applies to all three games--the select button is used to suspend the game, check controls and actions, and return to the title selection if you wanted to choose a different game.

And that's it! Nintendo did a fantastic job adapting each of these games to work with Switch controls, and it's certainly nice to have all these games in HD too. This gets us excited about the possibility of how other Wii games could come to Switch. The Legend of Zelda: Skyward Sword, anyone?

Pounce and climb through dozens of colorful courses! Mario (and his friends) can use a variety of power-ups like the Super Bell, which grants catlike abilities like climbing and scratching. Team up with up to three other players locally* or online** to reach the goal and see who can get a high score.

Free-roaming Super Mario gameplay makes a return in this brand-new adventure. Bowser has become gargantuan and lost all control! Explore Lake Lapcat and its islands, complete objectives to collect Cat Shines, and team up with Bowser Jr. to bring his big, bad dad back to normal. Just watch out for Bowser’s island-wide attacks.

New and improved features pounce in

The Super Mario 3D World + Bowser’s Fury game features the same great co-op gameplay, creative levels and power-ups as the original game, but with added improvements. In the Super Mario 3D World part of the game, characters move faster and the dash powers up more quickly. Both adventures support the newly added Snapshot Mode—pause the action to get the perfect shot, apply filters, and decorate with stamps!