Let’s Take a Closer Look at the Rendering Process

The renderer is based on the principles of path-tracing algorithms, as well as premium industry standards and requirements. However, Radeon™ ProRender makes rendering more accessible and efficient than ever before.

The first command you need to perform for starting your work session is File > Export > Render with Radeon ProRender in the Main menu.

The list of available CPU and GPU devices is located in the Render Devices box. The CPU Threads indicates the number of CPU threads that will be used for the renders.

You need to select the camera view you want to use for rendering in the Camera drop-down list. You can use the predefined dimensions for your render images or adjust them with the Resolution and Size controls.

The process of creating a high-quality final image implies making many iterations, each time casting multiple light rays on each pixel and choosing the average color. The higher number of samples you set in the Render Samples, the better the result will be. Please remember that this parameter influences the rendering process time immensely—longer rendering time means better quality.

To proceed with the rendering process, you need to click the Render button. The Stop Render and Save buttons will cancel the process and save the file.

Those who need to render objects with high resolution may face a problem—their devices may not be able to support such advanced functionality due to the lack of device memory.

In this case, each image can be split into multiple images or tiles, and each of them will be rendered separately. When the process is finished, these tiles will be united into one object once again. All you need to do for switching tiling on is click on the Use Tiles option. The tiles’ dimensions can be set up in the Tile Size field.

Radeon™ ProRender is a physically-based rendering engine. With path-tracing algorithms, it creates accurate lighting and material renders. It can use either CPUs, GPUs, or both.

The functionality described in this section is available in full scope only in the Pro edition. With the non-Pro edition, you can only render images with lower resolutions.

Also notice that this feature is supported only on computers with an Intel CPU.

The Render Devices box lists available devices that can be used for rendering, such as CPU or GPU.

The CPU Threads parameter defines the number of CPU threads to be used for CPU renders. The max number of threads is defined by the model of your CPU.

The Camera drop-down list contains all cameras in the current project. Select a camera with a view you would like to be rendered.

The Resolution and Size controls let you select one of the pre-defined image sizes or input the width and height manually.

Sampling is one of the major factors that define image quality. ProRender casts a number of ray samples on each pixel. Then the pixel color is calculated as an averaged value. The image is rendered iteratively. A new pixel sample is added with every iteration increasing the image quality and reducing noise. The number of samples can be set using the Render Samples property. A higher value gives you a better image, but this would cost you more time to complete the process.

Rendering images with high resolution may require more memory than what you have available on your computer. In this case, an image can be split into parts (or tiles) to render them separately. Then tiles will be stitched together. To enable tiling, activate the Use Tiles option. With the Tile Size, you can adjust the size of tiles. Tiling images with medium and small sizes is unnecessary.

The Advanced section has extra settings for the rendering engine. To show or hide these settings, tap on the v-shaped icon.

The Filters group of settings is described in the following section.

The Render button starts the rendering process. Until the process is finished, the button changes its function to Stop Render, allowing you to cancel the task.

The Save button lets you save a rendered image.

The renderer may take quite a bit of time to create an image with average dimensions from the Resolution list and the number of Render Samples below 100. So, to spend your time effectively, it is recommended that you render iteratively. Start from a lower quality image to get quicker results, and make sure that the lighting and everything else in your 3D scene is in order. Then render with high quality settings. Notice that you may need to create multiple intermediate results before you run the final rendering session with the desired quality.

To evaluate your scene quickly, render it with the resolution 800x600 or even smaller, and with the number of samples 30-50. Rendering will finish in about a minute, and the image will be noisy. But it will give you an idea if anything should be fixed in the 3D scene.

Depending on how quickly you got the first result, you can run the following tests with the same or higher values of the image size and number of samples.

Tweak the Filter settings. It is recommended that you have a denoiser activated. Choose one of the Tonemap filters that gives you the best result (e.g., it allows you to correct parts of the image that may be too dark or too bright). 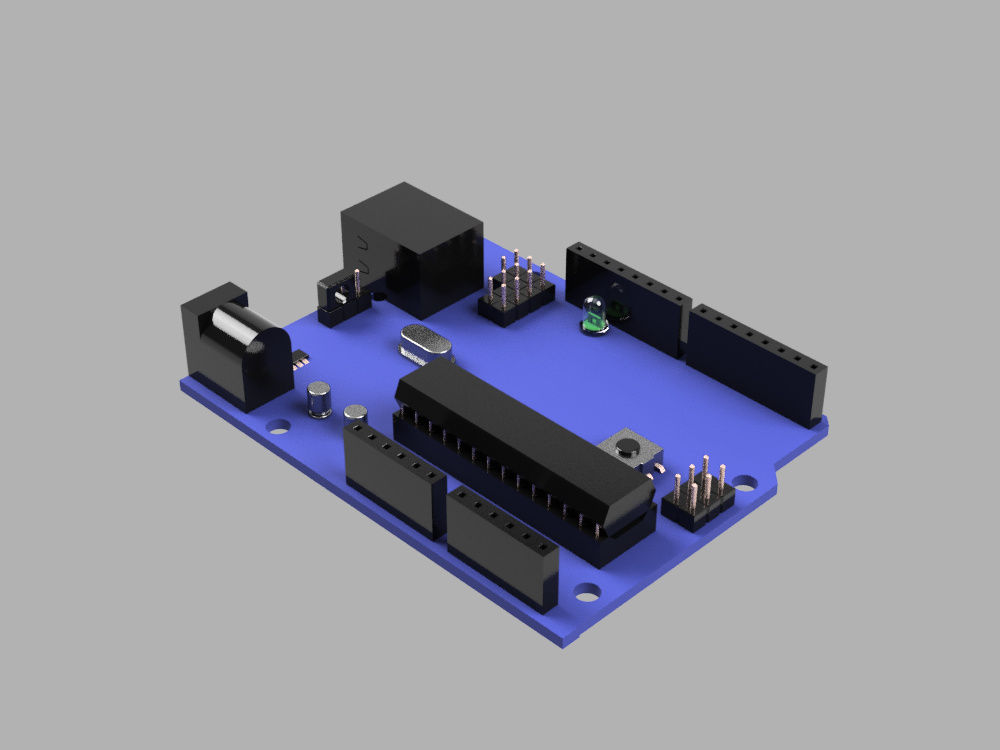 Once you are satisfied with the result, render an image with the dimensions you need and a high number of samples (100 should be enough in most cases).

Adjust the settings of the selected filter. Then save your image.

The Filters section contains settings that might be familiar to users who have ever taken pictures with a photo camera with manual settings. Basically, they let you change the brightness and contrast of the rendered image using different techniques. Settings in this section let you also decrease the level of noise.

In order to reduce noise, you can activate the denoiser instead of increasing the number of samples even more. As a consequence, you may render an image faster keeping an acceptable noise level. To enable the denoiser, set the Denoise property to any option other than None. Selecting None turns the denoiser off.

Tone mapping enhances images by making visible as many details as possible. In image processing, this technique is used to create High Dynamic Range (HDR) images. You can control tone mapping using the Tonemap drop-down menu. It lets you select one of the tone mapping filters, or you can deactivate this feature by choosing None. Most of the mapping filters have additional settings.

Tonemappers can display the Reset button, which lets you restore the default settings.

Notice that filters are applied to the image after the rendering is finished. You can choose different filters and adjust their properties without re-rendering the image.

The Linear Photographic tonemapper gives you basic settings that a film or digital camera has.

Exposure Time defines how long the film or light sensor is exposed to light.

Sensitivity relates to ISO, which defines the sensitivity of the camera (film) to light.

F-Stop is related to the aperture of the camera, and it defines the amount of light that reaches the sensor or film.

The Auto Linear tonemapper can be compared with a camera with automatic settings. This tonemapper works as Linear Photographic tonemapper parameters were set to optimal values.

The ACES Filmic tonemapper is related to the standard that is supported by ACES (Academy Color Encoding System) for television and film.

Contrast controls the contrast of the image.

The Reinhard is a non-linear tonemapper that can often give the image more contrast.

Postscale controls the brightness of the entire image.

The Exponential tonemapper changes the saturation depending on the brightness.

F-Stop is related to the aperture of the camera. It defines the amount of light that reaches the sensor or film.

Exposure Time defines how long the film or light sensor is exposed to light.

Sensitivity relates to ISO, which defines the sensitivity of the camera (film) to light.

Saturation is used to compute Sensitivity.

The Max Ray Diffuse parameter controls the maximum number of times that a light ray can be bounced off diffuse surfaces.

The Max Ray Glossy parameter controls the maximum number of times that a ray bounces from specular surfaces.

The Max Ray Refraction parameter controls the maximum number of times that a light ray can be refracted, and it is designated for clear transparent materials such as glass.

The Ray Cast Epsilon parameter determines an offset used to move rays of light away from the geometry for ray-surface intersection calculations. This helps to avoid self-shadowing and lighting artifacts that are common for ray tracers and are caused by round-off errors.

The Clamp Radiance parameter limits the intensity, or the maximum brightness, of samples in the scene. Greater values produce brighter images.

Sampling can be either adaptive or fixed. As we have learned earlier, sampling is aimed to reduce noise. Sometimes, the noise level becomes acceptable even before all samples are taken. In this case, further sampling doesn't make any significant improvement, so the rendering can be stopped. In real life, images have regions with different noise levels. In the Adaptive Sampling mode, noisier regions are identified and have more sampling iterations. Sampling stops in areas where the level of noise is below the Noise Threshold value. The Adaptive Sampling mode is recommended in most cases.

For less noise, you need to decrease the Noise Threshold. Setting this parameter to zero is equivalent to using the Fixed Sampling mode which is the same as switching off the Adaptive Sampling.

In the Fixed Sampling mode, the whole image is sampled uniformly. This method can be used with images that have similar levels of noise in all areas. The number of samples in this mode is defined by the Render Samples parameter.