Hatsune Miku: Project DIVA Mega Mix takes the rhythm game series to a new dimension, giving both new fans and Project DIVA veterans ways to play at home or on the go.

While it may have started as an arcade game, the Hatsune Miku series is largely thought of as a PlayStation-exclusive franchise. From the PSP to the PS4, Sega has brought rhythm games starring the vocaloid and her friends to an audience that has grown gradually with every new release. The lone exception to the sea of PlayStation titles is Hatsune Miku: Project Mirai DX, a Nintendo 3DS title that did a fantastic job of bringing the series to a portable audience. After what can be considered the pinnacle of the series thus far with Hatsune Miku: Project DIVA Future Tone, the blue-haired diva returns to the latest Nintendo system with Hatsune Miku: Project DIVA Mega Mix on the Switch.

If you're unfamiliar with the series' game mechanics, it takes on the tried-and-true method of rhythm games. Symbols appear on-screen and move toward a destination point, and your job is to tap the corresponding button at the right moment to match the beat of the song. Most of the notes are activated with taps, but there are a few notes that need to be held and a few cases where more than one note needs to be tapped simultaneously.

What makes Mega Mix different from all of the other rhythm games, including Project Mirai DX, is that it takes cues from Elite Beat Agents or Osu! in that the hit area takes up the entire screen rather than being relegated to one section of the screen. Notes fly in from all directions and speeds, causing you to constantly dart all over the screen to find your notes and try to not get distracted by the music videos constantly playing in the background. Given how action-packed and colorful the videos are, the game has a steeper learning curve for genre newcomers, and it takes some adjustment for those who know rhythm games but have not experienced this one before.

The good news is that you can determine which button corresponds to which symbol. If you're coming from the Xbox family and you're still getting the layout mixed up on the Switch, you can flip around the button assignments so it makes sense in your head. You can also change the letter symbols to arrows to match with the diamond button layout, and you can also throw in a combination of button and arrow prompts to your liking. You can even use PlayStation button iconography if you wish, which makes sense since it's what the arcade game used, but it can still be jarring to see.

This iteration of the series is based on Future Tone and, as such, the main focus is in the Rhythm mode. From the start, you have access to 101 songs on the Normal and Hard difficulties, with the selection being reduced if you select any other difficulty levels. The fact that the game's default difficulty level is Hard should be a sign that it's targeting those who are really skilled in the genre, but Normal is difficult enough that it's a challenge to achieve an 80% success rate. Finish the song on Hard, and you'll be able to access the song on the Expert difficulty level (and higher, if you beat that difficulty), but you'll also be able to post your score on the global leaderboards. Those who play at the Easy or Normal difficulty won't have access to those leaderboards, but they can add more flair to the video if you complete a specific section of the song almost flawlessly.

For those who are still struggling with the game, Mega Mix takes advantage of the Switch's setup by letting you use motion controls instead of button presses and analog stick tilts. You now control curved paddles at the bottom of the screen, and you hit the triggers at the top of each Joy-Con when the note passes over the paddle or hold down the triggers for longer notes. Play on Easy, and you'll just use the right Joy-Con to control one large paddle, while Normal and Hard let you control two paddles of varying sizes.

Unlike a number of titles that try to use motion controls, Mega Mix feels precise; you never get the sensation of the game losing your tilt tracking. As alluded to earlier, the new control scheme is an almost guaranteed way to make each song's leaderboard, which is separate from the leaderboard for the standard control scheme. There is news that the Japanese version would also receive touch controls for portable mode, but for now, the patch hasn't hit North American copies just yet.

As for the songs, Mega Mix ends up being a sort of 'greatest hits' compilation of what has been done in the series so far. The base game comes with 101 original tracks that cover a variety of genres from pop to ballads to metal and more frantic beats. Compared to almost all of the other entries in the series, this is a hefty selection of songs, and the game is aggressive about its DLC. Of those 101 songs, 10 are original tracks, so Switch owners aren't getting completely recycled content.

Owners of Future Tone on the PS4 can rest assured that they still have the largest selection of songs in the series to date (225+ to Mega Mix's 140+). Sega has gone on record stating that the exclusive songs in Mega Mix will eventually make their way to Future Tone, so if you already own that title and all of the DLC thus far, the main reason to snag this iteration would be for portable purposes. 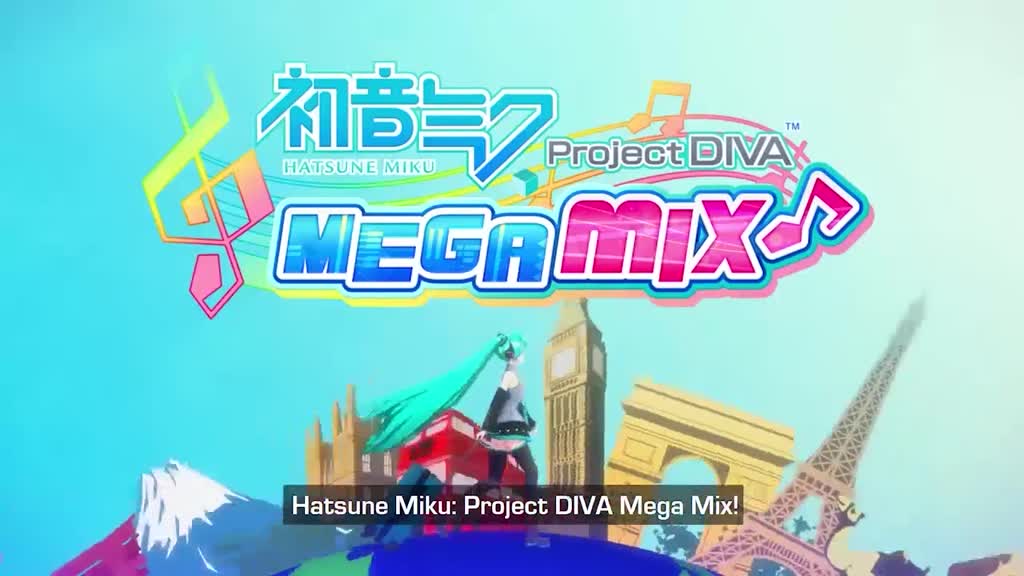 With the title's heavy arcade focus, the number of extra modes matches that of Future Tone almost perfectly, for better or worse. Completing songs gives you points to unlock a multitude of aesthetic costume pieces, 300 in all. A number of these pieces are silly, like Puyo Puyo Hats and Sonic onesies, but there's enough here for creative types to sink their teeth into. It might not be enough compensation, as the ability to remix videos is gone, so those who wanted different shots or different note patterns are out of luck. On the bright side, you can save each music video either individually or in playlist form without the game HUD and notes in place, so you can enjoy the visuals if you don't mind the load screens between tracks.

The exclusive mode is a T-Shirt mode, which lets you design your own shirts for the vocaloids to wear for any song you want. If you've messed around with the designer in Animal Crossing: New Horizons, then you'll find the process here to be similar. You can use your controller or the touch-screen to create whatever artwork you want and have it there in shirt form. Unfortunately, the game's inability to scan in pictures means that only the most dedicated players will take the time to make shirts. With no ability to export those creations online, it's only beneficial if you want to capture videos and pics and share them with others that way. 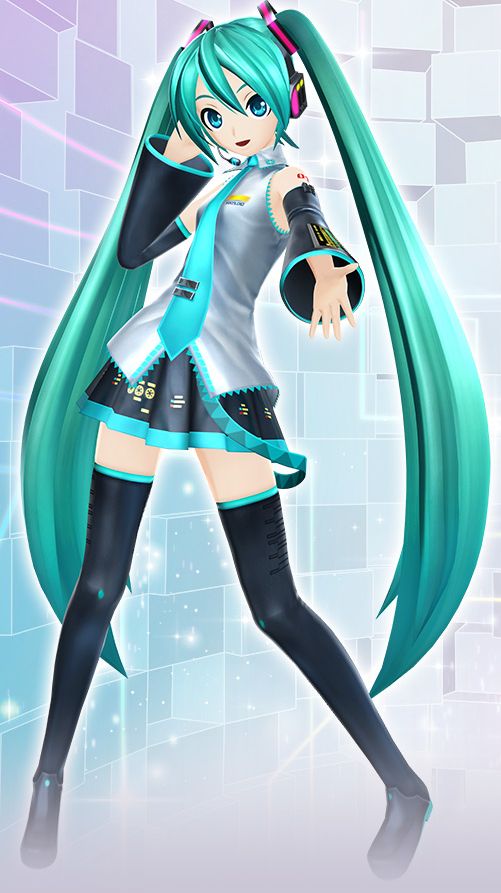 Graphically, the game accomplishes a rarity on the system, as it is a polygonal game that can match up with the PS4. Unless you're looking very closely at the screen during docked mode, you won't be able to immediately tell the difference between Switch and PS4 versions of the same song. Part of this is helped out by the fact that the game is sporting a new engine that makes every Vocaloid appear in a more refined anime style rather than the CG style of past entries. The look is gorgeous and doesn't feature the jagged lines usually associated with the anime cel-shaded style. The fact that all of the videos aren't pre-recorded but done in real time means that everything is running at 60fps and makes this a showcase title for the system.

Portable mode also looks great, as the lower resolution and lock to 60fps makes the look much sharper. The only caveat is that using motions controls instead of more traditional ones drops the frame rate down to 30fps for the performances only. It makes sense seeing that the gameplay is still locked to 60fps, but it is a shame that the performance for this control scheme doesn't match up with docked mode.

Like its predecessor, Hatsune Miku: Project DIVA Mega Mix is astounding. The music remains catchy across all of the genres it tackles, and while the playfield can be busy almost all of the time, the mechanics will place you in a trance once you get into the groove. The more straightforward arcade approach works very nicely, and the alternate control methods do well as far as easing players into the manic rhythm action. The only real drawback is the smaller selection of songs out of the box, but if you can live with that and the hope that more DLC will fix this issue, the game is another must-have rhythm title on a system that has no shortage of excellent titles in the genre.