The field effect transistor, FET is a key electronic component using within many areas of the electronics industry.

The FET used in many circuits constructed from discrete electronic components in areas from RF technology to power control and electronic switching to general amplification.

Apart from being used in integrated circuits, discrete versions of field effect transistors are available both as leaded electronic components and also as surface mount devices.

Before the first FETs were introduced into the electronic components market, the concept had been known for a number of years. There had been many difficulties in realising this type of device and making it work.

Some of the early concepts for the field effect transistor were outlined in a paper by Lilienfield in 1926, and in another paper by Heil in 1935.

The next foundations were set in place during the 1940s at Bell Laboratories where the semiconductor research group was set up. This group investigated a number of areas pertaining to semiconductors and semiconductor technology, one of which was a device that would modulate the current flowing in a semiconductor channel buy placing an electric field close to it.

During these early experiments, the researchers were unable to make the idea work, turning their ideas to another idea and ultimately inventing another form of semiconductor electronics component: the bipolar transistor.

After this much of the semiconductor research was focussed on improving the bipolar transistor, and the idea for a field effect transistor was not fully investigated for some while. Now FETs are very widely used, providing the main active element in many integrated circuits. Without these electronic components electronics technology would be very different to what it is now.

The field effect transistor took many years to develop. The first ideas for the concept appeared in 1928, but it was not until the 1960s that they started to become widely available.

The concept of the field effect transistor is based around the concept that charge on a nearby object can attract charges within a semiconductor channel. It essentially operates using an electric field effect - hence the name.

The FET consists of a semiconductor channel with electrodes at either end referred to as the drain and the source.

A control electrode called the gate is placed in very close proximity to the channel so that its electric charge is able to affect the channel.

In this way, the gate of the FET controls the flow of carriers (electrons or holes) flowing from the source to drain. It does this by controlling the size and shape of the conductive channel.

The semiconductor channel where the current flow occurs may be either P-type or N-type. This gives rise to two types or categories of FET known as P-Channel and N-Channel FETs.

In addition to this, there are two further categories. Increasing the voltage on the gate can either deplete or enhance the number of charge carriers available in the channel. As a result there are enhancement mode FET and depletion mode FETs.

As it is only the electric field that controls the current flowing in the channel, the device is said to be voltage operated and it has a high input impedance, usually many megohms. This can be a distinct advantage over the bipolar transistor that is current operated and has a much lower input impedance.

Field effect transistors are widely used in all forms of circuit from those used in circuits with discrete electronic components, to those employed in integrated circuits.

The field transistor transistors can be used in many types of circuits although the three basic configurations are common source, common drain (source follower) and common gate. The circuit design itself if fairly straightforward and can be undertaken quite easily.

As the field effect transistor is a voltage operated device rather than a current device like the bipolar transistor, this means that some aspects of the circuit are very different: the bias arrangements in particular. However electronic circuit design with FETs is relatively easy - it is just a bit different to that using bipolar transistors.

Using FETs, circuits like voltage amplifiers, buffers or current followers, oscillators, filters and many more can all be designed, and the circuits are very similar to those for bipolar transistors and even thermionic valves / vacuum tubes. Interestingly valves / tubes are also voltage operated devices, and therefore their circuits are very similar, even in terms of the bias arrangements.

FETs may be categorised in a number of ways, but some of the major types of FET can be covered in the tree diagram below.

There are many different types of FET on the market for which there are various names. Some of the major categories are delayed below.

Although there are some other types of field effect transistor that may be seen in the literature, often these types are trade names for a particular technology and they are variants of some of the FET types listed above.

Apart from selecting a particular type of field effect transistor for any given circuit, it is also necessary to understand the different specifications. In this way it is possible to ensure that the FET will operate to the required performance parameters.

FET specifications include everything from the maximum voltages and currents permissible to the capacitance levels and the transconductance. These all play a part in determining whether any particular FET is suitable for a given circuit or application.

Field affect transistor technology can be used in a number of areas where bipolar transistors are not as suitable: each of these semiconductor devices has its own advantages and disadvantages, and can be used to great effect in many circuits. The field effect transistor has a very high input impedance and is a voltage driven device and this opens it up to being used in many areas.

In 1945, Shockley had an idea for making a solid state device out of semiconductors. He reasoned that a strong electrical field could cause the flow of electricity within a nearby semiconductor. He tried to build one, then had Walter Brattain try to build it, but it didn't work.

Three years later, Brattain and Bardeen built the first working transistor, the germanium point-contact transistor, which was manufactured as the 'A' series. Shockley then designed the junction (sandwich) transistor, which was manufactured for several years afterwards. But in 1960 Bell scientist John Atalla developed a new design based on Shockley's original field-effect theories. By the late 1960s, manufacturers converted from junction type integrated circuits to field effect devices. Today, most transistors are field-effect transistors. You are using millions of them now.

Most of today's transistors are 'MOS-FETs', or Metal Oxide Semiconductor Field Effect Transistors. They were developed mainly by Bell Labs, Fairchild Semiconductor, and hundreds of Silicon Valley, Japanese and other electronics companies.

Field-effect transistors are so named because a weak electrical signal coming in through one electrode creates an electrical field through the rest of the transistor. This field flips from positive to negative when the incoming signal does, and controls a second current traveling through the rest of the transistor. The field modulates the second current to mimic the first one -- but it can be substantially larger. 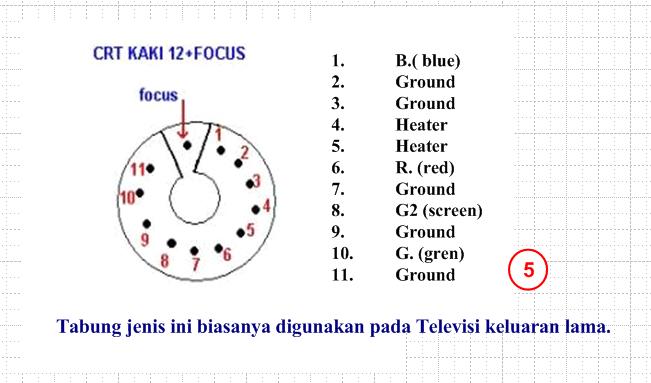 On the bottom of the transistor is a U-shaped section (though it's flatter than a true 'U') of N-type semiconductor with an excess of electrons. In the center of the U is a section known as the 'base' made of P-type (positively charged) semiconductor with too few electrons. (Actually, the N- and P-types can be reversed and the device will work in exactly the same way, except that holes, not electrons, would cause the current.) 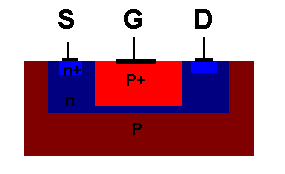 If nothing else happens, current will flow from one side to the other. Due to the way electrons behave at the junction between N- and P-type semiconductors, however, the current won't flow particularly close to the base. It travels only through a thin channel down the middle of the U.

There's also an electrode attached to the base, a wedge of P-type semiconductor in the middle, separated from the rest of the transistor by a thin layer of metal-oxide such as silicon dioxide (which plays the role of an insulator). This electrode is called the 'gate.' The weak electrical signal we'd like to amplify is fed through the gate. If the charge coming through the gate is negative, it adds more electrons to the base. Since electrons repel each other, the electrons in the U move as far away from the base as possible. This creates a depletion zone around the base – a whole area where electrons cannot travel. The channel down the middle of the U through which current can flow becomes even thinner. Add enough negative charge to the base and the channel will pinch off completely, stopping all current. It's like stepping on a garden hose to stop the flow of water. (Earlier transistors controlled this depletion zone by making use of how electrons move when two semiconductor slabs are put next to each other, creating what is known as a P-N junction. In a MOS-FET, the P-N junction is replaced with metal-oxide, which turned out to be easier to mass produce in microchips.)

Now imagine if the charge coming through the gate is positive. The positive base attracts many electrons – suddenly the area around the base which used to be a no-man's-land opens up. The channel for current through the U becomes larger than it was originally and much more electricity can flow through.

Alternating charge on the base, therefore, changes how much current goes through the U. The incoming current can be used as a faucet to turn current on or off as it moves through the rest of the transistor.

On the other hand, the transistor can be used in a more complex manner as well -- as an amplifier. Current traveling through the U gets larger or smaller in perfect synch with the charge coming into the base, meaning it has the identical pattern as that original weak signal. And, since the second current is connected to a different voltage supply, it can be made to be larger. The current coming through the U is a perfect replica of the original, only amplified. The transistor is used this way for stereo amplification in speakers and microphones, as well as to boost telephone signals as they travel around the world.

Shockley watched as Silicon Valley grew but could not seem to enter The Promised Land he had envisioned. He never was able to make field effect transistors, while other companies designed, grew, and prospered. Fred Seitz called Shockley 'The Moses of Silicon Valley.'

Copyright 1999, ScienCentral, Inc, and The American Institute of Physics.No portion of this web site may be reproduced without written permission. All Rights Reserved.